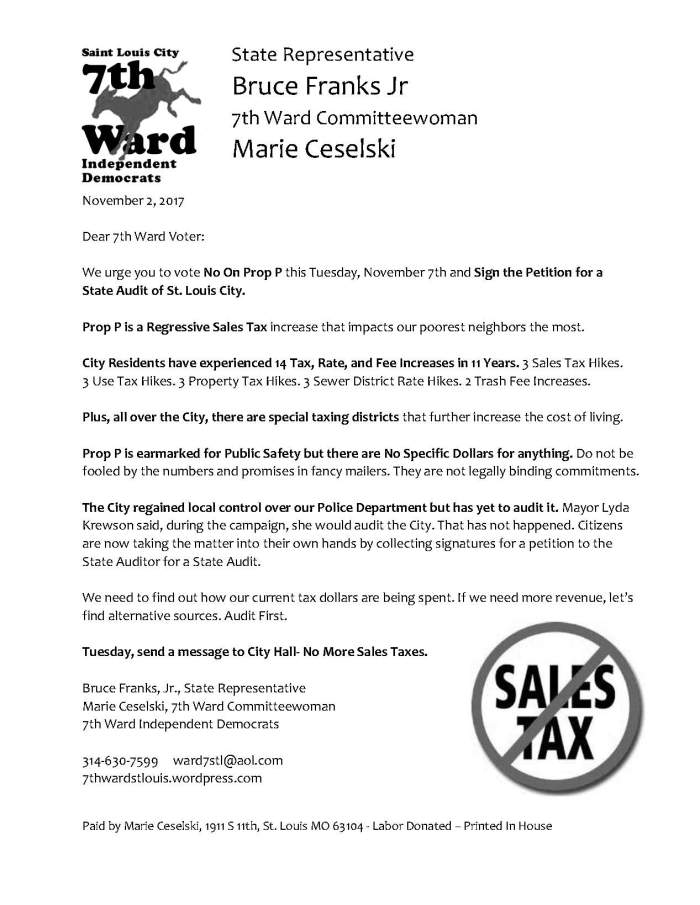 Check with FrontLine for updates 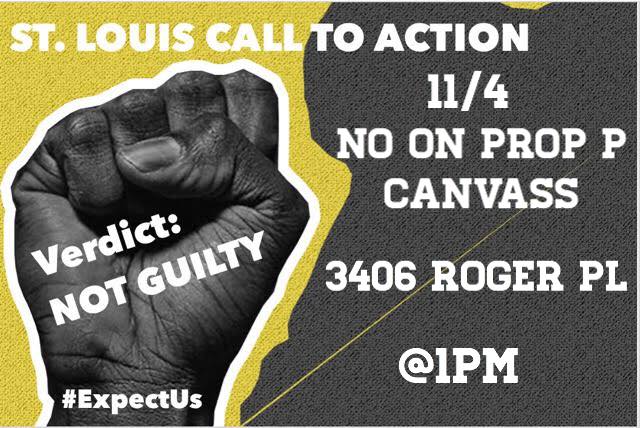 There have been 14 increases in sales, use, and property taxes; sewer rates; and trash fees in the City of St. Louis since 2006.

November 2006: 1/8% Sales Tax to fund two recreation centers and improvements to other centers with corresponding Use Tax

Two bond issues not requiring tax hikes were approved by voters in the same period:

*City voters have twice renewed the City’s earning tax during the same period.

City voters have twice turned down proposals to increase the City’s maximum fines $1,000 from $500) during the same period.

*Not included in total.