Board Bill 219 would authorize a Financing Agreement between City of St. Louis, Regional Convention and Sports Complex Authority, and State of Missouri for construction and leasing of a new stadium.

A bit of history- Jim Shrewsbury, the STLRSA chairman, is the former President of the St. Louis City Board of Aldermen. He was defeated for re-election by current Board President Lewis Reed.

The O’Fallon Park Rec Center is owned by the City of St. Louis but operated by the YMCA and located in committee member Alderman French’s 27th Ward.

Board President Lewis Reed is a voting member of all committees.

Contact Information for Members of the Board of Aldermen 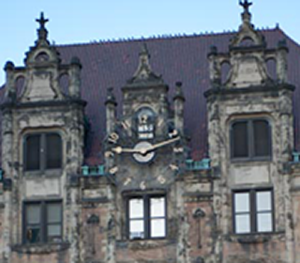 Board Bill 207 would require voter approval on City financial assistance from for construction of a new stadium. The Ballot question would be:

Shall the City of St. Louis be authorized to enter into an agreement with the Regional Convention and Sports Complex Authority for the purpose of providing financial assistance in connection with the construction and/or operation of a new sports and entertainment facility to be located within the City of St. Louis?

In 2002, St. Louis City Voters collected initiative petition signatures to place on the ballot the issue of requiring public votes on public funding of future stadiums. On November 2, 2002, City Voters approved the ordinance a vote of 55% to 45%.

In May, 2015, Governor Jay Nixon contacted St. Louis County and said the County’s participation in financing the new stadium was not needed.

The City of St. Louis had defended the ordinance in the Circuit Court but has not appealed Judge Frawley’s decision.

Contact Information for Members of the Board of Aldermen and Board President Reed.