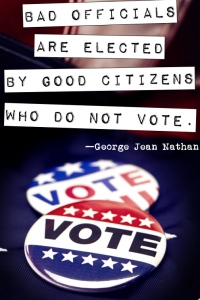 The Board of Election Commissioners is open for In-Person Absentee Voting…
8 am to 5 pm Friday, March 3rd
9 am to 1 pm Saturday, March 4th
300 N Tucker, Downtown

Board of Election Absentee Ballot Information

This is a partisan primary. You will be asked what party’s ballot you want. You may choose from Democratic, Republican, Green, Libertarian. Your other option is Nonpartisan, meaning you will vote only on Proposition S.

Board of Election Sample Ballots

Please submit questions here or by email to ward7stl@aol.com.

Our survey will ask personal side questions and issue questions. Candidates will turn in the survey responses prior to the January 16th Candidates Forum. We will draw from the questions at the Forum and then post all the answers after the Forum.

Tell us what you’d like to know from the candidates. These should be questions for all Democratic Primary alderman candidates, not candidate specific questions.

Here are the questions and answers from the 7th Ward Alderman Candidates Survey in 2015.

Thank you for your assistance.

When a property receives a TIF District, certain sales and earnings tax revenue goes to the developer.

7th Ward Alderman Jack Coatar is sponsor of Board Bill 27, a 25 year 100% tax abatement bill for the Cupples X project.

It remains a great mystery as to why new 7th Ward Alderman Jack Coatar is not listed on the Board of Aldermen webpage.

In the interim, we will post links to his legislation here.

BB 68 Amendment to the redevelopment agreement with Hallmark Hotels

In its Candidate Survey, 7th Ward Independent Democrats asked the 7th Ward Alderman candidates to propose boundaries for the next 7th Ward.

B10) The City’s Wards will be reduced to 14 from 28 after the 2020 Census. If you are alderman during this redistricting, what current ward would you want to combine with the 7th Ward or what specific neighborhoods would you want to combine to produce the new 7th Ward. Use 2010 Census figures. In the case of combining neighborhoods, the magic number is as close to 22,700 as you can get.

John (Jack) Coatar: I would like to see Soulard, Benton Park,  McKinley Heights, Lafayette Square and LaSalle Park in the same ward. The actual boundaries of the ward will of course be affected by the census figures as well.

Chelsea Merta: The Board of Aldermen should aim to unify our neighborhoods’ micro-economies in order to best implement community programs. The new 7th Ward should include a unified Downtown St. Louis, Downtown to Downtown West; Old Frenchtown’s neighborhoods of LaSalle Park, Soulard, and Lafayette with adjacent Peabody Clinton and Kosciusko; plus Compton Heights, McKinley Heights, and Fox Park. 22,314

Samuel J. Cummings, III: I would consider the culture of the wards being merged.  In the case of the 7th ward, I would favor merging with the 6th because its culturally similar. Additionally, I would merge the 9th that is apart of Soulard Neighborhood past Sydney Ave all the way down including Anheuser Busch.

Chelsea Merta was the only candidate to mention Downtown and champion a unified Downtown in the next redistricting.

We need someone who will not only be a Full-Time Alderman but also an alderman with the vision to begin now, right now, to work on redistricting and design new wards that keep neighborhoods unified. 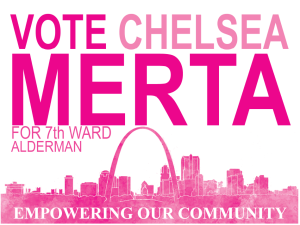 The 2nd Floor of Soulard Market is a gym used by school children, including Lift for Life Academy.

7th Ward Candidate Sam Cummings wants to remove the gym and replace it with a tech incubator.

He appears to be unaware that a good deal of time, effort, and money have already gone into a Master Plan for Soulard Market and that it includes renovation of the gym area into market offices and an event venue with kitchen. Or maybe he just doesn’t care.

Is this a well thought out idea? No.

How much time will Sam Cummings be able to put into projects like this? Not much. He doesn’t consider being alderman a “real job.” He says he’ll be a part-time alderman. His tech pursuits and making money will always come first.

Chelsea Merta is the only 7th Ward candidate who pledges to be a full-time Alderman. Whether it’s the future of Soulard Market or the future of a vacant Downtown property, Chelsea will have the time to study concerns, meet with stakeholders, develop well thought out goals, form public-private partnerships, and get the job done.